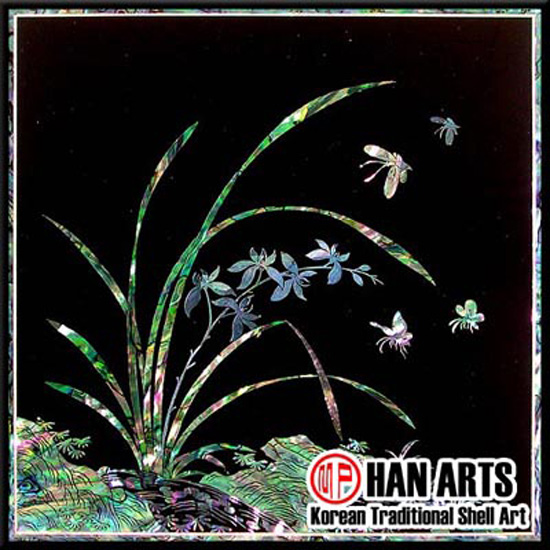 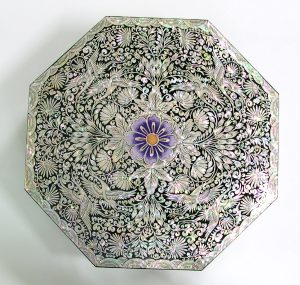 It is largely divided into court style and folk style, and is divided into two types: Jingujeolpan and dry Gujeolpan. Gujeolpan also refers to the name of the dish that contains the dishes. It is a wooden tool that can hold 9 items with 8 compartments on the circumference and 1 compartment in the middle.

Jinguolpan is made from water parsley, cucumber, egg yolk (yolk and white), abalone, sea cucumber, shrimp, boiled chicken, beef, shiitake, shiitake mushroom, oyster mushroom, and bellflower, and 8 kinds are selected according to the season and preference and are the same length. Cut it into thin slices and fry in oil to match the color. In the center, cut the rice cakes thinly like paper and cut into rounds and place them in flour mixed with egg whites. If you stack the hot rice cakes on top of each other, they will stick to each other, so put a little bit of silbaek between them. When eating, put a small amount of stir-fried food around the circumference of this wheat pancake, wrap it up, and dip it in vinegar or mustard soy sauce.

Dry Gujeolpan is made with only dry side dishes, and includes 8 kinds of jerky, fish paste, dried shrimp, etc., and usually puts raw chestnuts in the center. The royal court-style gujeolpan consists of 8 kinds of meat, such as thinly sliced ​​lean meat, seasoned and fried. , put the wheat warfare in the center. In the folk meal, rice flour or wheat flour is used for the pancakes, and for the others, 8 kinds of rice cakes, such as Goljeonya, water parsley, sagebrush, red radish raw vegetables, cabbage, yukhoe, egg wrap, fish sashimi, and turnips, are selected and put in the same color. 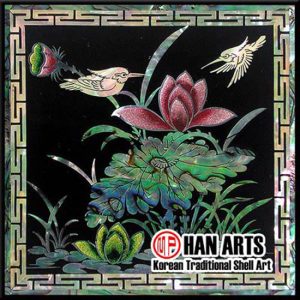 Patterns are a reflection of consciousness, a product of mental activity, and at the same time a result of creative beautification activities. has different characteristics. In other words, while art for pure appreciation expresses the artist’s individual subjective thoughts and emotions, as life art, patterns are always generalized as a symbolic form of collective value feelings.

One of the distinguishing features of the pattern is that it shows a clichéd style as a repetitive picture. The creators of the patterns were satisfied with the stereotyped icons symbolized by popular collective values. Therefore, it can be said that the pattern was drawn while respecting the frame of the icon handed down according to the simple desire to live without such artistic greed rather than the thought of drawing well, as in the case of a painting for pure appreciation.
Ancient people used their memory to recall images of objects, so they used a representational method to treat real objects as if they were in front of them even when they were not in front of them. Although I have never seen an elephant since I was born, I drew an elephant pattern and a pattern of bees and butterflies playing on flowers even in the middle of winter.

The pattern is a matter of how sophisticated the expression technique is or how realistic it is. It’s just a matter of figuring out what subject you want to express.
A pattern has the same character as a sign promised among the groups that enjoy it. For this reason, even when the object the pattern depicts does not exist in front of the eyes, people will show an appropriate reaction just looking at the pattern. Based on the fact that a specific object is reminiscent of another world or similar to another object, realistic desire is placed on it and prayed for achievement.
Similar forms of magic, such as ‘similar things produce similar things’ or ‘results resemble causes’, are also found in the patterns. And what we aspired for through the homogeneous operation of the pattern are temporal values ​​such as wealth, wealth, morality, code, sexuality, or everyday ethical virtues that our satisfaction commonly desired.

For example, the pattern of the peony flower in full bloom is an expression of hope for wealth and wealth, and the decoration of the pomegranate or grape pattern in the living space of women is like the seeds of a pomegranate or grape. The flower and bird pattern, which depicts birds flying in pairs just in time for spring and red, comes from the love of a married couple or the desire for harmony of the opposite sex. The meaning of engraving the meaning with the symbol comes from the desire to live in an ideal world in the future by putting those virtues into practice. In addition, abstract patterns such as ‘man (卍)’ and ‘hui (喜)’, like the characters of the amulet, go beyond simple decorative effects, and contain prayers for joy and happiness.

Therefore, it can be seen that traditional patterns have a strong character as a kind of magical object that entrusts a realistic origin for an ideal life.
In other words, traditional patterns can be said to be art expressed by a second nature or symbolic sign in which the sense of value, the collective residence of our people, is fixed and represented by conventional wisdom. In addition, it can be viewed not only as an object of appreciation, but also as a magical object containing human desires and origins, or as a symbolic sculpture that serves as a medium to express and transmit such emotions. 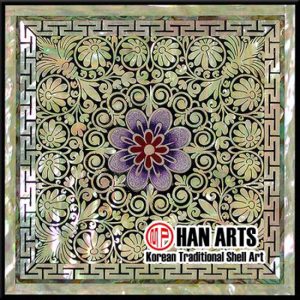 Patterns, like languages ​​and scripts, have their own forms depending on the people and the environment in which they live, and are called traditional patterns because they show their own unique characteristics.
When looking at the history of art made by humankind, if we look at the types and types of patterns that have been used in the past, first, geometric patterns, second, patterns symbolizing religion and faith, third, animal and plant patterns, fourth natural patterns, and fifth It can be distinguished by auspicious patterns, etc.
In some cases, these patterns played the role of signs or characters, and in some cases they appeared as paintings, and at other times they were expressed as abstract or realistic pictographs.
It is common for any ethnicity to show their personality, lifestyle, and ethnicity prominently when looking at their folklore products. If you pay attention to their livelihoods and living equipment, you can understand to a certain extent the mentality of a nation as if you were looking into a person’s face.
A distinct national individuality is expressed as the living feelings and emotions of the nation are deeply embedded in the country’s climatic conditions and historical conditions.
Our patterns express the emotions and emotions of our people in the most honest way, and have different authority and characteristics from Chinese and Japanese art that have been closely related by blood in the same oriental culture.
In the case of foreigners, it is said that there are some cases where they do not readily understand the patterns that appear in our artworks. This is especially true when dealing with patterns that are close to abstraction, which is not a flower or not a flower, or grass if it is a grass.
In this way of freely abstracting things, we can get a glimpse of the idea of ​​paradise that our ancestors dreamed of in their daily lives.
In addition, many myths and folktales appear in Korean crafts. If you look at the Sangyeongbonghwangmunjeon (山景鳳凰紋塼) among the patterned stones of Baekje, mysterious mountains such as Mt. Bongrae, where the gods live, Mt. Geumgang, Mt. The creativity of depicting the graceful landscape of Korean landscapes in semi-abstract expressions is said to be the common beauty and beauty of Korean patterns.
Also, in Silla’s Maksaeggi, a jade rabbit and a toad are dancing in the moon with a pot with a cassia tree in between them. It is a beautiful appearance of the Wolgung in the legend that ancient people believed.
However, when it comes to the unique characteristics and creativity of our art, above all else, I think it is the innate talent that was able to use beautiful lines harmoniously and freely enough to be called a ‘magician of lines’.
When chroma was made in Eunheo (殷墟) in China, at the same time, our Neolithic cultured people featured comb patterns on earthenware, and in the Bronze Age ceremonial utensils and rock carvings, simple ancestors were expressed in abstract form. They represent their own worldview.
This tradition of Seonjo reached a refined state through the Three Kingdoms period and the Goryeo period. .
Even in the designs of lacquer ware, one can read the expression of simple life without compulsion in the concentric expression of the ancestor patterns rather than the brilliance of mother-of-pearl.
The reality of the pattern is not just beautiful. The symbolic meaning of the pattern is more important than the beauty.
No matter how simple a pattern may be, the providence of the universe may be imbued in one small pattern, while no matter how dazzling and beautiful it may be, there are cases where it is merely a decorative pattern.
However, it is clear that each of them has a meaning regardless of the large or small size, the simplicity or complexity of the pattern. Therefore, the important point in using a pattern is to know the correct meaning of the pattern, recognizing that the purpose of the object is different depending on the nature of the pattern and the place where the pattern is given is also designated. 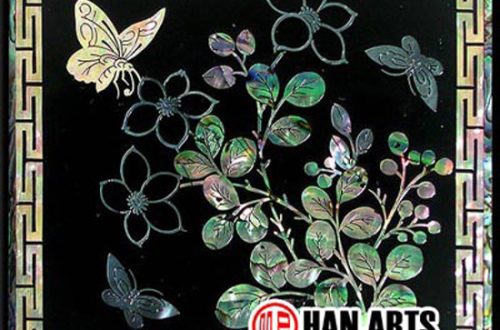 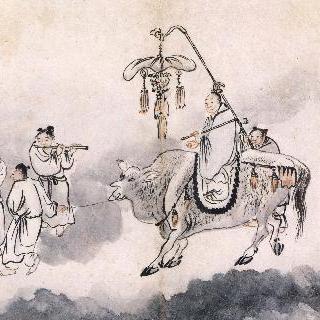 The meaning of traditional Korean paintings 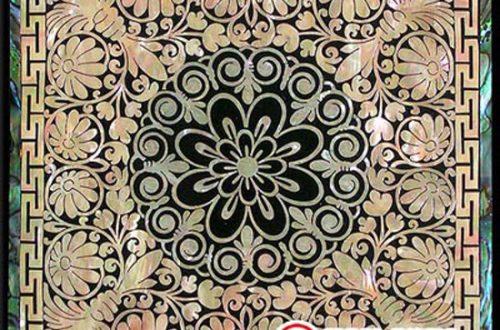 You can easily make shell tiles.